After $35 Billion Merger, Uber and Didi Are Set to Take Over the Ridesharing Universe

The $35 billion merger between Uber China and Didi will make the two companies masters of the rideshare universe–and maybe even profitable.

Scan the top Uber headlines this week and you might be convinced the $35 billion Uber China-Didi Chuxing merger was a surrender. But don’t be fooled: Uber hasn’t given up - it has made out not just with riches but with dignity. After just two years, the independently operated Uber China has joined Didi to control 95% of the Chinese rideshare market.

Written off as a loss by Time and Fortune, five key reasons make the merger a major coup for Uber’s global ambitions. That’s not counting the latest $1 billion injection into Uber by Didi at its $68 billion valuation - now worth more than Ford and GM.

In the price-conscious Chinese market, both Uber and Didi were spending ludicrous amounts on marketing, rider subsidies and driver bonuses. Uber reportedly spent $1 billion each year to win just 20% market share, and had yet to achieve profitability in a single Chinese city. Though Didi claimed breaking even in 100 cities back in January, Kalanick writes “both companies have yet to turn a profit [in China],” adding “getting to profitability is the only way to build a sustainable business that can best serve Chinese riders, drivers and cities over the long term.”

Uber investors have reportedly been pushing for a solution to the fruitless spending in China, and with the merger, they’ve made off like bandits. Uber China investors will receive a $7 billion stake in Uber-Didi, or 20% of the $35 billion merged company.

With the great China rideshare war now monopolized by a single player, this entity is free to increase prices while reducing the billions of dollars spent competing. The result? A rapid valuation increase for Uber-Didi - which, remember, achieved its $35 billion valuation before profitability. Just imagine what it’ll be worth when it makes money.

In the meantime, Didi will back Uber’s global operations with a $1 billion investment, possibly padding Uber’s coffers in preparation for an upcoming IPO.

The Chinese internet industry is like nowhere else in the world: for example, Facebook and Twitter face both daunting local competitors like WeChat and TaoBao, but must also navigate Chinese censorship laws and market-making practices that favor local companies. While Uber historically enjoyed a good relationship with Western companies like Google (Google Ventures is an Uber investor), it entered China’s internet industry with few friends in high places.

Worse yet, these local platforms - WeChat especially - are the primary means of distribution for technology services like payments, ridesharing, travel booking, and messaging. Though Uber tried to play the partnership game in China through an integration with Baidu, the leading search engine in China’s Google-free zone, it could never hope to reach WeChat’s nearly 750 million monthly active users. Why? WeChat is a spin-off from Tencent, the Chinese internet conglomerate that is part owner of Didi alongside Alibaba. In China, this type of near-monopolistic collusion is common - and against foreign companies, sometimes encouraged.

Uber Frees Itself of Investing in New Regulations #

Offering a service generally loved by riders and loathed by taxi companies, Uber has only received explicit approval to run ridesharing operations in a minority of cities. In areas like Austin where ridesharing services have been aggressively regulated, Uber and Lyft both withdrew rather than face increased costs and a legal precedent. As China announced legalization and regulation of ridesharing, Uber’s withdrawal draws parallels to Austin’s strategic retreat.

The final regulations to take effect on November 1st demand Chinese Uber and Didi drivers have 3 years of experience, be licensed by a local taxi regulator, and have no criminal record. Cars used must have no more than 370,000 miles (600,000 km) driven to be eligible.

Consider the huge cost Uber would be spending on enforcing these regulations, combined with Uber’s weak Chinese political ties when compared to Didi, and throw in China’s propensity for driver fraud. It’s no wonder Uber chose to go after lower hanging fruit.

Remember Lyft’s 2015 “[Uber killing](https://blog.lyft.com/posts/an-update-on-our-international-partnerships” partnership with Didi? It was one of four ride-sharing companies–Didi, Lyft, India’s Ola, and Southeast Asia’s Grab Taxi– to join Didi’s global network, designed to let users of any app to tap into the driver network of the entire partnership, effectively expanding Lyft’s network to China. Though sealed with Didi’s $100 million dealinvestment in Lyft, the deal might be coming apart - in Uber’s favor.

Here’s why: as Uber’s CEO Travis Kalanick earns a seat on Didi’s board of directors, Didi’s own CEO Cheng Wei will have a seat at Uber’s table, signaling an intent for a long-term, deeply involved partnership. Moreso than the “DLGO cartel,” this formal relationship means each CEO has a vested interest in - and some influence over - the success of his new partner.

And then it gets weird. By investing in Uber, Didi - which took $1 billion from Apple in May - has inadvertently made Apple an Uber backer. Simultaneously, as Uber backs Didi, Uber owns 18% of the company controlling that same $100 million Lyft investment from 2015, placing itself as a favored Didi partner.

Uber Can Focus on the Future: Profitability & The Automated Fleet #

Though Uber has reached profitability in a handful of its major cities like San Francisco, the $2 billion spent on Chinese rider subsidies was burning a hole in Uber’s finances. Now, that same capital can be aimed at improving profitability in growing regions in India, Southeast Asia, and parts of Africa and Europe.

But the most valuable work Uber will do with this money isn’t optimizing unit economics of each ride - it’s totally redefining how those economics look. Uber knows the greatest cost of operating its rideshare business is its drivers - and in a pitched battle with Google, Apple, GM, and Tesla, has been preparing for the seemingly inevitable self-driving future.

Kalanick hasn’t been shy about preparing to automate his business, investing heavily in both the automotive hardware and mapping software. It’s a move aimed at distancing Uber from mapping provider and eventual competitor Google, though the success of this venture is rumored to be moving slowly.

Update: looks like Uber just chose to speed things up with the acquisition of Otto Motors for around $680 million, and its first self-driving car on the road in Pittsburg. 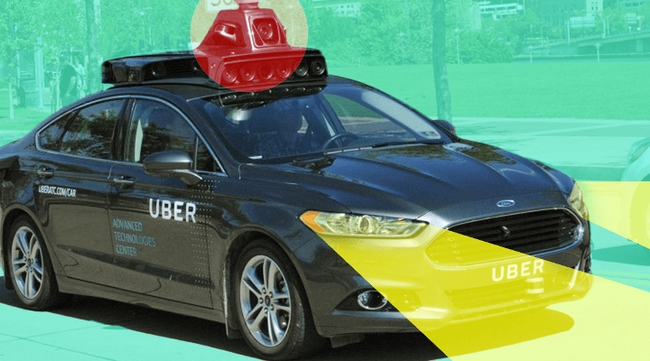 Speaking with Megan Quinn of Spark Capital, which sold Cruise to GM for approximately $1 billion, the hunger for self-driving technology from automakers and private equity firms is overwhelming. Uber will need that new budget to take advantage of the next platform: entire self-driving fleets to be used for transport of people and goods, inter-coordinated across entire cities and countries. This is a race, and one Uber cannot stand to lose.

Dream At the End of the World

“Sorry mom, I’m missing graduation.” What’s up? If you’re reading this, it’s likely you’ve one of the amazing people I want to keep in touch over the next three months from the other side of the world. You can subscribe to these posts to... Continue →